What To Do About Roof Rust 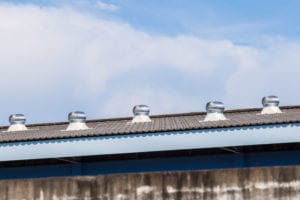 Metal roofing has many advantages, including affordable costs and the fact that it can be easily installed. However, in case of rust, many homeowners get confused and do not know how to deal with it.

Corrosion and rust usually appear on older roofs, when the galvanized coating and anti-rust protection have worn out. The degree of rust depends on the period of time that a roof is exposed to moisture. Protective metal Littleton roofing, such as that which is made of zinc, typically wears out after being exposed to harsh weather or after a longer period of time.

One method of efficiently dealing with roof rust is to use chemicals to remove it. This is a preparation for applying rust resistant paint.

There are also mechanical methods for removing rust from your roof. Thus, you can use sandpaper or a wire brush. This can help you deal with small spots of rust as soon as they appear on your roof. But for larger areas, other tools are necessary, namely abrasive materials which can also protect the coating surface on your metal roof.

In case too much rust has accumulated on your roof, you may consider taking more drastic measures, such as roof replacement or restoration.

To all our valued clients
Colorado Superior Roofing & Exteriors will remain OPEN & continue to operate during our winter business hours. Monday – Friday 8am – 5:30pm & Saturday 8am – 1pm.

Please understand we are taking all the necessary precautions when meeting with clients.   This includes wearing masks and maintaining proper social distancing.   Our onsite inspections can be done completely outside of your home and our presentations and contract signing can be done online.   We are also helping out clients with special no-interest financing during these uncertain times.